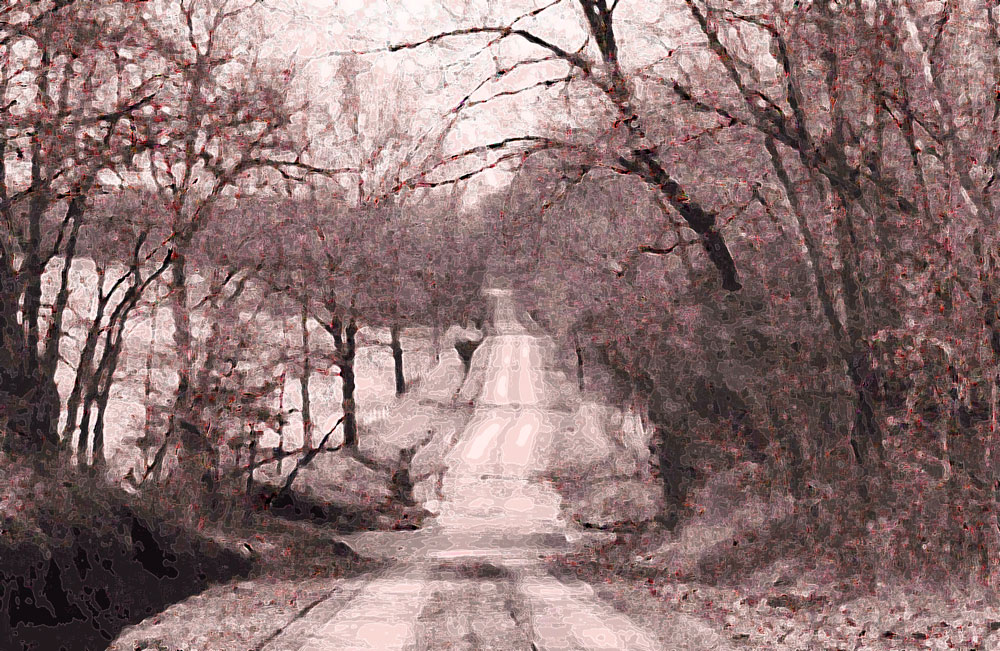 I am out again on the dirt roads, outside the hometown where I used to live decades ago, this time to the southwest of town, on a training run with the renowned ultrarunner Jim Walmsley. He is passing through the Midwestern plains and farm country here on his way across the country somewhere.

He is a wonder to behold in action: The loping, mesmerizing stride of a gazelle possessed by no other in ultrarunning. A mountain goat dancing effortlessly across minefields of scattered rock. Relaxed abandon, a relentless drive, masterful grace.

There are things about Walmsley I feel a kinship with that have led me to take an interest in him, and to follow the ups and downs of his career. But more than that, he is a wonder to behold in action: The loping, mesmerizing stride of a gazelle possessed by no other in ultrarunning. The superb, technically accurate footing of a mountain goat dancing effortlessly across minefields of scattered rock. Relaxed abandon fused with a relentless drive. A masterful grace evident in his easy handling of the most challenging trails. The agile coordination rounding hairpin-tight switchbacks. His confident facility breezing down twisting paths atop sheer canyon drop-offs.

And beyond that, there is the subliminal joy exhibited in the lilt of his limbs running even on the most prosaic terrain. Which is where we are presently, now that he has shown up on my turf for a run, unexpectedly, in a dream.

While I ran many miles in my youth on the dirt roads to the northeast of town, I did not run many to the southwest where we are now. The reason is the town is situated in between the fork of two rivers, which cut through the land southwest of town where one eventually empties into the other.

No dirt roads cross over the rivers in that direction for miles, so the only way to run through the area is on a blacktop road, the main thoroughfare there, and over which passes the only bridge across the river nearest town. Traffic from all the side dirt roads funnels onto the single blacktop, which has no shoulder, creating a danger for runners, and so I only ever included a small portion of the road on any of my loop routes.

But in this dream, the rivers do not present an obstacle, the network of dirt roads is different, everything is new to me and as yet unexplored, and we are free to roam over the roads anywhere in any direction for however long we like. A little earlier, Jim and I met up or ran into each other a number of miles out in the country and we are now running back toward town.

I feel young even though I am now older, but if I’m to run along with Jim, I need to run much faster than planned. Even then, I won’t be able to keep up for long. Jim offers a partial solution: He will give me a head start. Then he’ll catch back up, and we can keep repeating the cycle.

Physically, I am a blend of myself both as I am currently and as I was in my prime. I feel young mentally and even physically, but nevertheless have some of the limitations in running fitness that I do now in late middle age. Jim’s easy pace, which he is running for today, equates to my tempo pace, if not faster than that, even. If I am to keep up with him, I must run at a much harder effort than his. However, today should really be an easy run for me as well, given what my body is ready for and needs on this day.

So if I am to be able to run along with Jim, I need to run much faster than planned. Even then, I won’t be able to keep up with him for long, given the great difference in our fitness levels.

Jim offers a partial solution: He will give me a head start so I can run easily and get a ways ahead. Then he’ll catch back up, and we can keep repeating the cycle. Though not ideal, there really isn’t any perfect solution, of course, so I am simpatico with the idea, and we set out.

We have not gone far when we are joined by some young kids of about 10 or 12 years old who are also out running. Jim takes responsibility for shepherding them on their run along with us, with himself in the role of coach. He decides to set up the same game for them as he did with me: He’ll have me run on ahead — then, as motivation, the kids will try to catch me.

I set out running, but rather than going at an easy pace, let my competitiveness get the better of me and end up running at too hard an effort to sustain for long, soon finding myself becoming fatigued.

The dirt road we are running on passes by a house, where the road turns toward the house and back in a tight arc to create a circle driveway out of itself, snaking through the front yard and winding tightly around a tree. The woman who lives in the house is out in the front yard when I come running through.

I set out running, but rather than going at an easy pace, let my competitiveness get the better of me and end up running at too hard an effort to sustain for long, soon finding myself fatigued.

I stop for a moment to have a friendly word with her, but instead of chatting, wordlessly point at the kids back on the road, who are still a ways away, and then at the tree. With a mischievous grin, I step behind the tree to hide, so she will understand the idea is to play a trick on the kids — for them to pass by without knowing I am there, then wonder where I went when they can no longer see me ahead.

But then I think better of the idea. As the kids catch up to me, I step out from behind the tree to join them instead, and we continue on, this time as a group, with Jim also joining.

Now running easily, we reach the west edge of town where there is a dike to protect the low-lying downtown area from flooding, should the river on that side of town overflow, which it does every decade or two. I spy a dirt trail running along the side of the dike that faces toward town, the trail wending through cottonwood trees that line the outer border of a trailer park and commercial area adjacent to the dike.

I jokingly tell Walmsley, “See, we even have trails for you to run on here!” This one is of course a terribly poor imitation of what Walmsley runs on every day in the mountains and canyons of the desert Southwest. But he’s gracious and a good sport, and continues on amiably with us.

The trail leads shortly out of the cottonwoods right into a steel, industrial lean-to building that houses tractors and farm implements, and we begin following it inside thinking it should exit at the far end. But the path dead-ends, so we find a way out through the open side of the building.

We continue running and soon come upon the town’s middle school, from the back side of the campus. Many years ago, it used to be the high school, but a new high school was built elsewhere in town, and the old one converted for use as the middle school. The main building is situated on an abrupt rise or anticline above the floodplain on the edge of town where we have been running.

As I am about to step through the wire fencing, I find myself abruptly face to face with a large mastiff dog. I am afraid, but he proves to be friendly, and I quickly fall in love with this huge bear of a dog and his big gentle heart.

But in the dream, a new addition to the building has been built that extends from the back of the building down to the floodplain. The construction isn’t yet quite finished, and there are horizontal strands of wire fencing blocking access to the part of the campus we were planning to cut through on our way farther into town.

I stoop down to step through and in between the strands of wire, but as I am about to do so, find myself abruptly face to face with a large male mastiff or mastiff-malamute-mix dog. I am afraid he will be aggressive and I may get bitten or mauled, but it turns out the dog is on a leash held by the owner who is standing right there.

Rather than fierce, the dog proves to be friendly, like the owner, with whom I strike up a conversation while admiring and petting the dog. I quickly fall in love with this huge bear of a dog and his big gentle heart, feeling torn at not being able to stay longer, even though we need to move on.

I tell the dog’s owner, who seems to be on the middle-school staff in some kind of capacity, that we will take care not to disturb anything on the construction site as we pass through.

And at that, we make our way through the fence, while I take in how the school property here where I once lived has changed. The interlude with the man and dog now past, I am ready for more running with Jim and the kids, as we prepare to head across town and into the countryside beyond.

But then, in a span no longer than the intake of one breath and the exhalation of the next, the dream is no more, and I awake to another bright day.

To glimpse Walmsley in action, see these two video clips, both by Jamil Coury of Steep Life Media. Be sure the resolution for each video is set as high as your device will allow. After you’ve first clicked the play button, briefly pause the video and use the gear icon in the lower right corner of the screen to set the resolution higher, then tap the full-screen icon, and resume playing. Also make sure the sound is playing through decent speakers or earbuds — things aren’t nearly as impactful otherwise.

For me, a nearly lifelong runner, these sequences showcase the high that running can be at its peak — floating, bounding, almost defying gravity or turning it to advantage, nearly effortlessly — the stuff of dreams.